"My sister has shaped me to be the person I am without a doubt."

"She has not only taught me patience but indeed perspective."

"She taught herself to speak Japanese, fluently!"

No. No no no. My Japanese is NOT fluent. My recitation teachers have proven that to me.

Stop being a hypocrite and admit that you only said all that just to make yourself look good. I don't believe a word of that post. Why don't you just admit that you really think I'm a parasite who sucks the life out of everything and is an inconvenience to you and everything else around us. Why can't you acknowledge that I'm stupid, worthless, useless, and have no future! You have a future! I don't! You have everything going for you! I don't! You're normal! I'M NOT! Stop pretending to be nice! 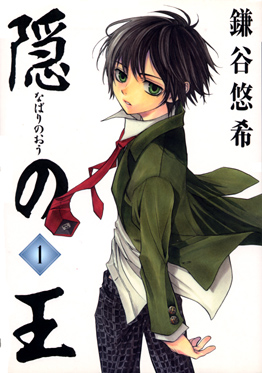 Oh lordy, how this manga is a nostalgia bomb for me! I was originally going to review this once I bought the rest of the volumes, but I managed to finish them and the series thanks to renting them from my neighboring school's library! I remember when the manga was first coming out. I was very into the anime back then, around my sophomore year of high school, and I didn't start the anime until long after the series aired...and I remembered starting it and wound up watching six episodes in a week! Then, once I finished that, FUNimation released the DVD sets and I have both of them! But then the manga began getting released by Yen Press, and seeing how I was very into Nabari no Ou thanks to it having an actual plot and not being Naruto, I decided to check it out...and now that I've completed it, I must say that the manga, while it is very awesome, does leave a lot of things to be desired.

Miharu Rokujo is just a kid who lives his life rather nonchalantly. He acts indifferent to everything, and by everything, I mean EVERYTHING.