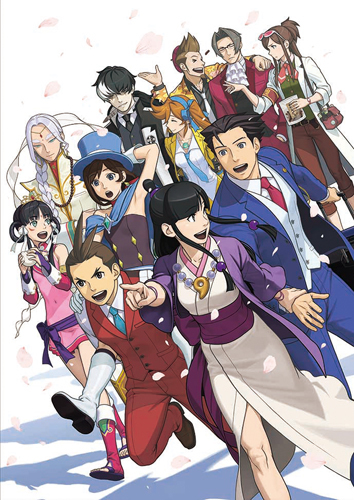 I admit, the first time I ever heard about the Ace Attorney series was way back in 2009 when a now ex-online friend introduced me to it. I didn't think I'd ever be into a game about lawyers in a courtroom and investigating crimes, since I got enough of that on TV via Law and Order and the crime shows on Investigation Discovery. But then I actually bought the first game and fell right in love, namely because of how interesting the cases were, how amazing the characters are, the witty dialogue and localization, the story, the gameplay, everything! Since then, I have bought the original trilogy on the Nintendo DS and only just recently bought Ace Attorney Investigations: Miles Edgeworth (which I seriously need to finish). Then I wondered, would this ever be made into an anime? 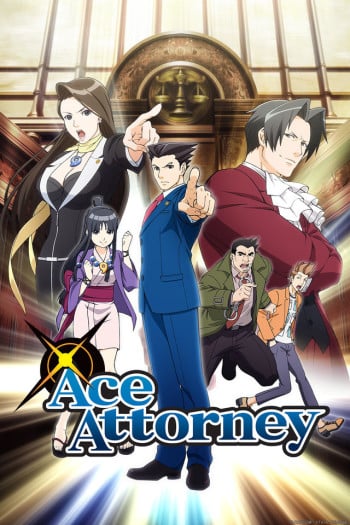 An Ace Attorney anime?! Awesome!...or so it seemed. Unfortunately, the transition from game to anime did not exactly bode well, as many people not only complained about things getting cut out, but that the anime was trying way too hard to either be faithful to the games or stand on its own two feet. I personally didn't mind the changes they made, even if some didn't make sense, because, they, adaptations make changes. Haven't we learned to accept that already? However, like Sailor Moon Crystal, I feel the Ace Attorney anime suffered in that it tried to cram in too much into 12 episodes (Well, the series actually has 25 episodes, with the first half adapting the first game, and the second adapting Justice For All) at the expense of things like gradual character development and room to just wiggle around and settle into things. I haven't even watched past episode 10 because that revelation kinda left a bad taste in my mouth. I do plan on getting back to it if I ever get out of this burnout phase.

Now, as of this journal entry, I have not played any of the games released on 3DS, Dual Destinies and the more recent game, Spirit of Justice. But God, do I want to! I do want to finish Investigations and play Apollo Justice before I get the 3DS games, though. Good thing I have an extra 2DS SD card so I can put them on there if I ever buy the games!

Still, I definitely don't regret watching the anime or playing the games. The Ace Attorney series definitely needed more love, and with the anime and new games coming out, and getting good reception, it's about time the series finally got its due.

Moment #11: One of my favorite series getting the love and respect it always deserved, for better or worse.
Collapse