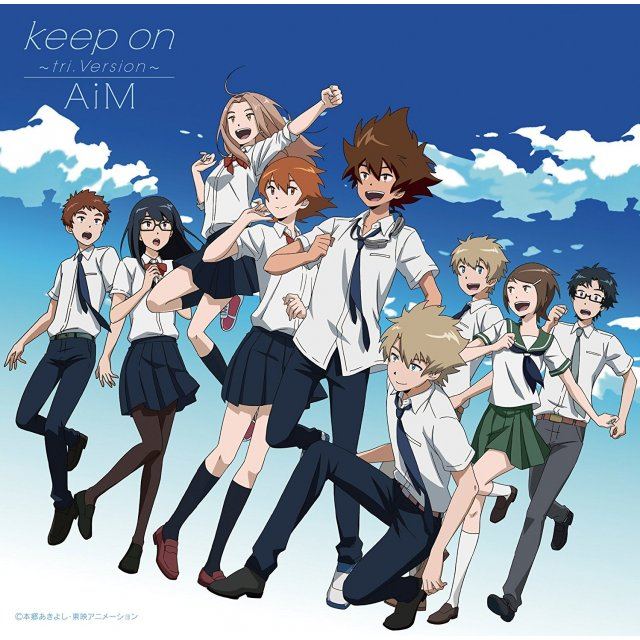 Let's face it, did you really think Digimon Tri wasn't going to be brought to the US? Well, it's here.

But the situation regarding Saban's license of the series has been admittedly rocky. Disney bought the rights to Digimon when Frontier came out. As of recently, Saban reformed itself as Saban Brands and relicensed the TV series, but the question remained: would they be the ones to release Tri? Would someone else do it? Or would the movies not be dubbed at all? Despite some concerns, protests, and grievances, Eleven Arts managed to license the Tri movies. As of now, the first one has been dubbed, though a potential DVD release is unknown at this point. Best of all? Most of the original cast has been brought back, with some exceptions.

Even so, we can rejoice in the fact that Digimon and its influence will never die, no matter how much time passes. The fact that its endured for this long speaks volumes of how much the series has impacted the lives of so many, me included. Welcome back, Digimon.

Moment #10: Digimon coming back to the US via tri, a feat nobody thought could be achieved.

One of my favorite guilty pleasure anime is back for another season. What else is there to say?

Actually, there is more to say. I originally talked about the first season and its flaws in both my review of it and in last year's 12 moments of anime. Much to my surprise, not only has season two been faithful to the first season, it's even taking time to rectify many problems the first season had. Namely, it's actually showing where certain characters come from (Moa), expanding on Rom and Shuzo's past relationship, devoting more time to worldbuilding (We're gonna find out the origins of Melodisian Stones!), they cut out Uwasanopetals, they're making Criticrista more involved and into better characters, and other cool stuff! Also, ShinganCrimsonZ get more cool songs and development. Everybody loves them for a reason, me included. I only got up to episode 7, though I definitely plan on completing the show. I can't wait to see more of what the second season has to offer, and it's already offering more than the first season ever did! I mean, robot ninjas and sentient mountains?! The craziness is awesome!!!

Oh, and the first season is out on DVD now. I am SO buying it once I get Christmas money! And a job! Because it's just too cute and silly for me to NOT show to my friends!

Moment #9: Show By Rock's second season and all the craziness and awesomeness that it brought along with it.
Collapse