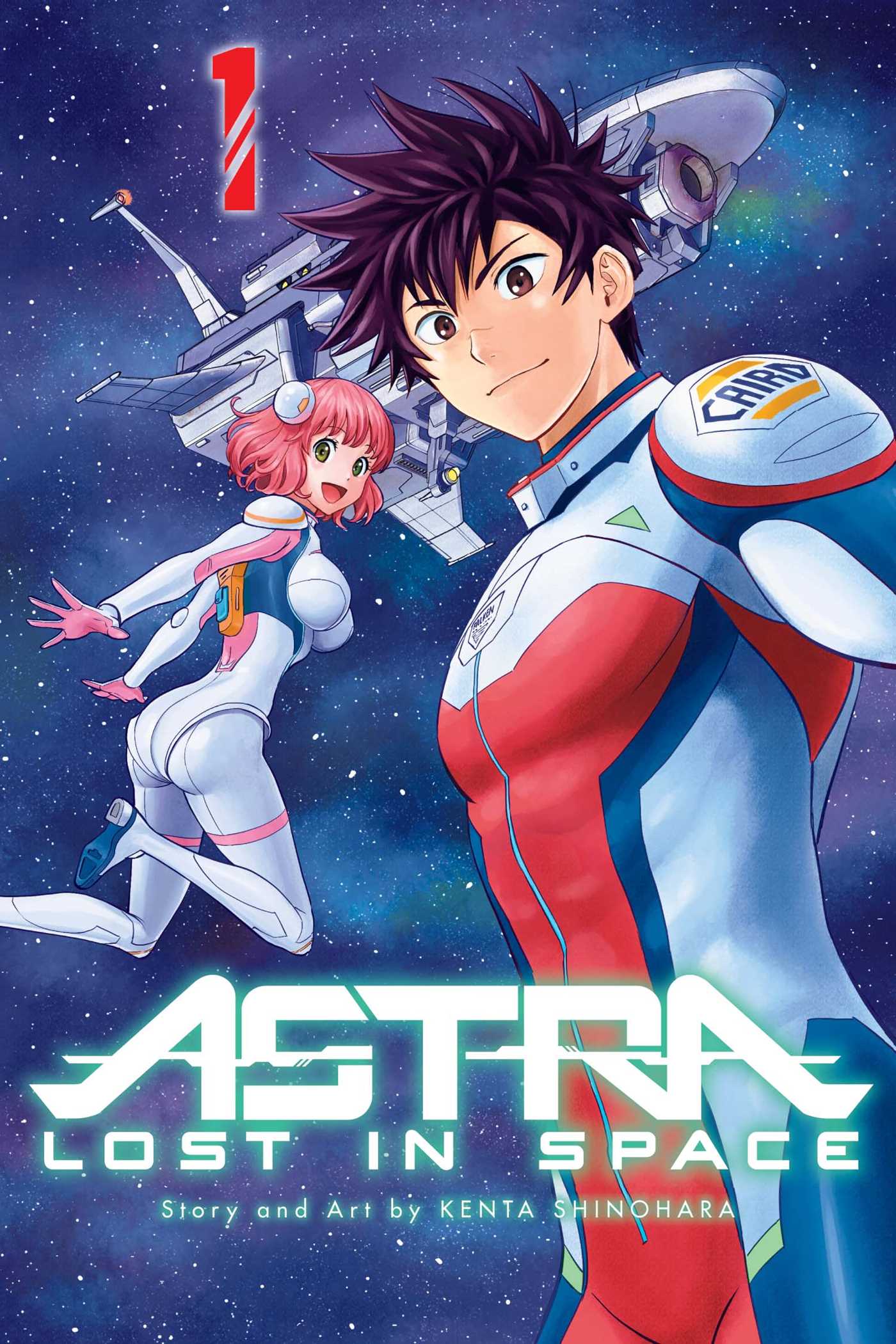 I give this compelling space adventure manga from the creator of Sket Dance...an 83/100!

Science fiction is a genre that I've never really found myself gravitating to. Not for any reason or anything, but when I first started getting into anime and manga, no sci-fi stuff really appealed to me. I did watch Gundam 00 when it first came out, but it was filled with incomprehensible technobabble and a bunch of overconvoluted scenarios that made zero sense to me. But then again, I've always been picky about what I read or watch in general. One day, while I was scouring Anime News Network, I came across this review of the first three volumes of a manga called Astra: Lost In Space. My curiosity was piqued, so I rented the series from my local library to see if it was any good. To my surprise, it was, and so much more. While I wouldn't consider this one of my all-time favorite manga for a variety of reasons, Astra: Lost In Space is definitely a new favorite of mine that seriously needs more love, so why not spread the love?

The year is 2063, and the world has gotten to the point where interstellar travel has become the norm, to the point where high school camping trips take place on other planets. Nine children from Caird High School group B-5 have been looking forward to a five-day-long camping trip on the planet McPa for a while, with the added task of taking care of the younger sister of another classmate. But the second they arrive on McPa, a mysterious orb swallows them up and spits them out into deep space, thousands of light years away from home. They manage to find a derelict spaceship nearby, but without a good supply of food and water, they have no chance of survival. As they travel to other planets and find their way back home, questions run through their minds. Why did this happen to them? Could it be a simple accident, or is there something more sinister going on? And who's out there trying to kill them? Is it someone in their midst?

The mystery is the real hook of Astra. It mostly plays out like a lighthearted space adventure manga, and throughout the course of its run, it is. But the questions of what happened to them, who's trying to get them killed, and who the killer among them is the main driving force of the story, even though a lot of it is centered on their planet hopping and trying to survive. Interesting, the adventure/survival and mystery manage to blend surprisingly well, combining the thrill of discovering new planets and the joys, thrills, and dangers associated with them, to the dark, brooding, more emotional aspects with the kids' circumstances, their backgrounds, and wondering just who is trying to get them killed. In terms of the artwork, Shinohara's landscapes are a marvel to look at. Every world the characters visit is unique and full of character, managing to make the environments look both exciting to explore and just a tad frightening. But while the character designs are pretty good as well, Shinohara sometimes struggles with anatomy, with some characters either looking too big or too small for their ages, and sometimes their limbs look weirdly crooked in certain panels.

Worldbuilding is important when making a story, and Shinohara managed this really well too. In every volume, there are pages dedicated to showing floor plans, blueprints of the Astra and what goes where, the various types of space suits the kids wear and their brand names, and even the alien lifeforms on the various planets they visit have a lot of character and thought put into their creation, even the mutant Chocobos they meet on the second planet. The work that was put into making Astra's universe come to life is impressive and it gives everything a much greater sense of plausibility than it otherwise might have had. It helps that every volume focuses on just one world the characters visit, rather than having them jump from planet to planet every chapter, as that'd make it feel rather rushed. The story itself is very tight, with a clear goal in mind, and every chapter does what it needs to do without needing to bite off more than it can chew, and all of them are well paced, never lazing about and dragging something on longer than it needs, while still finding time to let the characters breathe and relax when needed, so no chapter is ever a slog to get through.

In regards to the characters, opinions can be mixed on this one. Let's not deny it, the characters are pretty much stock anime tropes on the surface: The jock shounen protagonist, the pink haired ditz, the whiny tsundere who complains a lot, the shy girl, the edgy Sasuke clone who hates everybody, the pretty boy, so on and so forth. They're all played pretty straight, and the series doesn't really do anything new with these character archetypes, so if you can't stand these kinds of things, then this manga isn't for you. Quitterie in particular can really grate on people's nerves. She's the whiny, annoying spoiled tsundere rich girl who complains about everything and is unnecessarily mean to everyone at first. She does grow out of it starting from volume 2, but I don't blame you for dropping the series because of her alone. Personally, I thought the characters were just fine, and for me, I found the series' other strength is just how these kinds of characters bond, deal with the situations they're in, and how they dealt with bad things in their past. Sometimes there's nothing wrong with cliches if they're used right, and although some characters are rather bland, I still found them enjoyable as a group. Also, Luca is my favorite. He's awesome. Fight me.

The characters aren't the only thing some people might take issue with. Some of the things that happen to the characters can come off as way too convenient for some, and some twists at the end, while they seem awesome on the surface, don't necessarily make sense on an objective level. I won't spoil anything, and I found the many twists the show reveals to be awesome, but others might not and find them too manufactured to be plausible, which is understandable. The manga itself is also very lighthearted, with a lot of comedy. Some of the jokes land, while others don't. Surprisingly, I found even some of the fanservice and associated gags to be surprisingly well done, especially volume 2's spin on one particular fanservice-y trope that I normally absolutely hate with a passion (Y'know, the "guy walks into a girl while she's nude in the bathroom, she gets mad and punches him." That one). It helps that all the characters are confirmed to be 16-17 in-universe, so any additional skeeziness is thankfully avoided, so you don't need to worry about there being any crappy stuff like underwear shots or non-consensual boob grabbing (THANK GOD) in this series.

While not the most original sci-fi manga out there, it's still a fun, entertaining, feel good space adventure, and it needs more love! A review of the anime will come soon after, so look forward to that!
Collapse