Normally, this wouldn't be much of a surprise as of now, but with the content these people have been licensing and rescuing, especially during these uncertain times, I feel this needs to be highlighted once more. Discotek Media is an anime licensing company that thrives on saving old titles and new ones alike, with their license rescues being especially notable. The people who work for this company go above and beyond to give the titles they license as good treatment as humanly possible, from adding in lots of extras to outright painstakingly restoring footage and making it look as clean as possible. 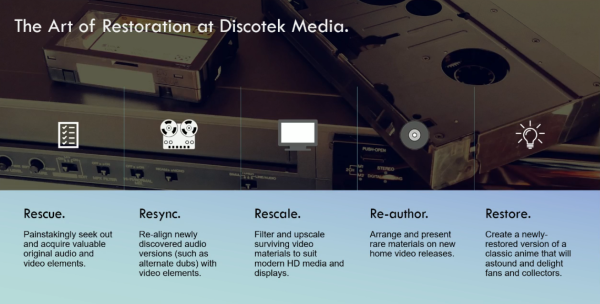 Hell, many of the titles they licensed this year alone are extremely important not only to fans, but in a historical sense as well. 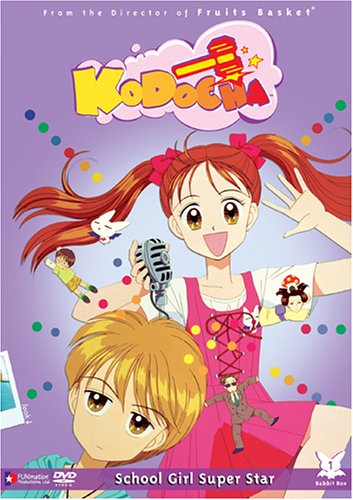 One of FUNimation's earlier licenses, Kodocha is a beloved comedy anime that unfortunately got hit with some rights issues regarding its first opening theme, and FUNi wasn't able to use it. Not only that, they were only able to dub the first half of the series, and weren't able to release the second half. Discotek, thankfully, saved the day by not only securing the entire series (Though can't dub the second half because it's 50 episodes long and too much of an undertaking for them to handle) but the first opening theme.

Originally, Rose of Versailles went unlicensed for 50 some years until Nozomi Entertainment/Right Stuf nabbed the license, something fans went wild about. Unfortunately, not even three or four years after they put it out on DVD, they lost the license just as quickly for some reason. Nothing's been said about why they lost the license, but fans were worried about whether they'd be able to own it again. In swoops Discotek to save the license themselves and announce a Blu-Ray release coming either next year or the year after. Nothing's set in stone yet, but you can be sure they'll do this series justice. 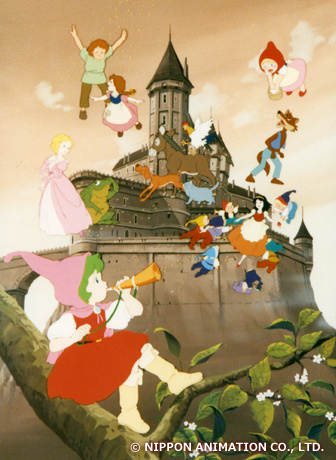 If you were a kid growing up during the late 80s or very early 90s, chances are you saw the Grimms' Fairy Tale Classics anime. For many in the early anime community, this was a beloved show during their childhood, an anime anthology retelling various fairy tales such as Cinderella, Snow White, The Frog Prince, Hansel and Gretel, and so on. But Saban, being the stingy numb nuts they were, refused to put this out on home video, and they just forgot about it, so it was untouched for years...until just recently, Discotek announced that they rescued it and are putting it out, both the sub and the dub, on Blu-Ray next year! I've been curious about this one myself, and next year will be a great time to get my hands on it! 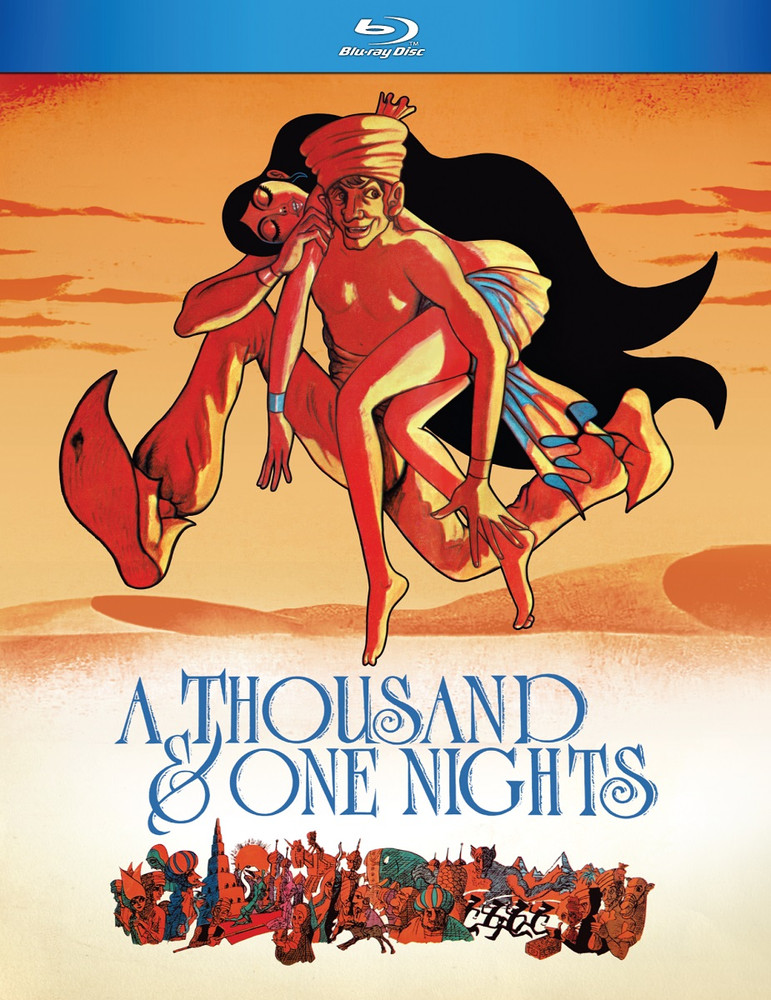 This one is...an interesting beast. It was one of the first foreign movies to be dubbed into English, and apparently one of the first pornographic cartoons aimed squarely at an adult audience (You can thank Osamu Tezuka for this one). Said English dub was screened at a festival, but due to a poor turnout, the movie was scrapped and the dub was lost, remaining so for over 60 years, to the point where it was considered a myth. Then, Discotek announced that they licensed the film, having miraculously found a 16mm print of the English dub, and now it's out on Blu-Ray for everyone to enjoy! 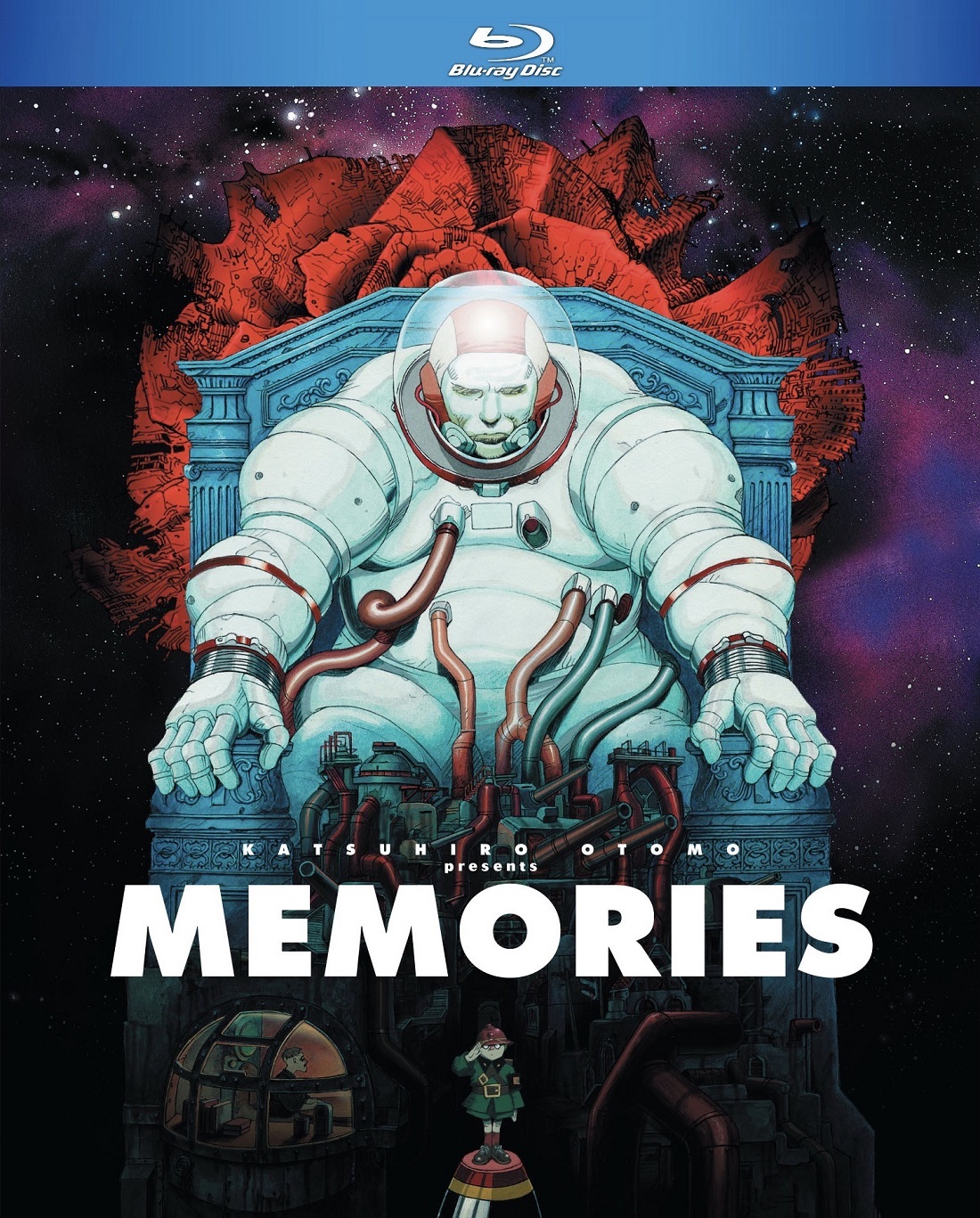 A peculiar film consisting of three shorts, all based on Katsuhiro Otomo's short manga, animated by two different studios. One of the shorts had a screenplay by Satoshi Kon, and since this year has seen a bit of a Satoshi Kon revival, what with being ten years after his death, Discotek snatched it up with intentions of giving it a dub done by two different dubbing studios, one for Magnetic Rose, and another for Stink Bomb and Cannon Fodder.

So yeah, Discotek's been on a roll in this crappy year, and they're bringing a lot for us to look forward to, and will probably do so next year as well.

Moment #8: Discotek Media's most notable licenses this year and all that they've already done for the anime community.
Collapse