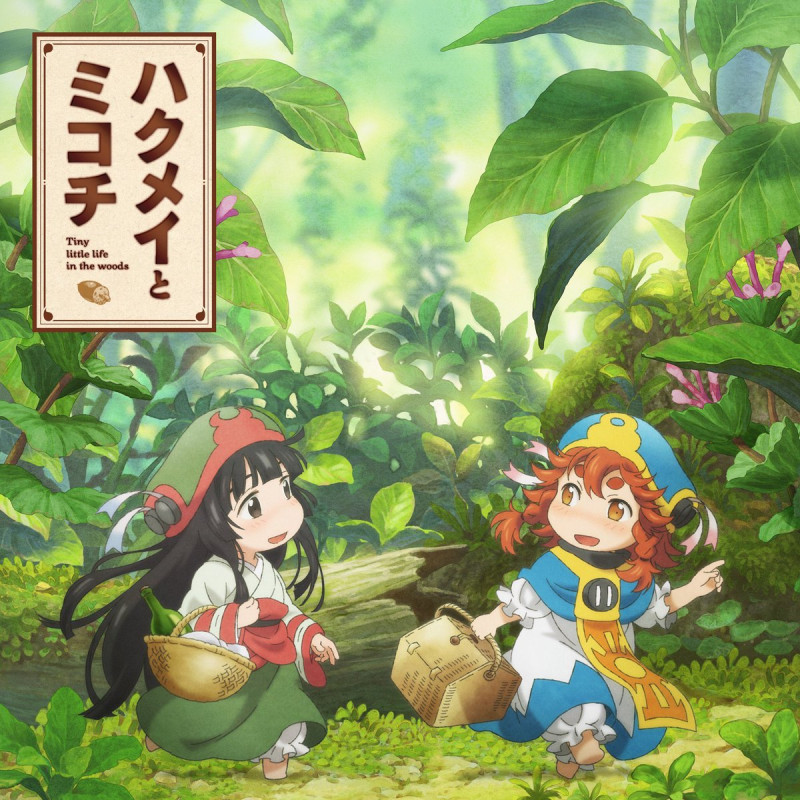 Hakumei and Mikochi is a series I initially skipped out on when it first aired. Not for any reason, as the premise did appeal to my tastes and I put it on my list of anime I planned to watch, but at the time it came out, I was burnt out on anime. From 2010 to the end of 2015, I watched a ton of anime...but after I graduated college, I felt myself unable to watch even a single episode per month unless it was a new episode of Pokemon. A number of things contributed to this for me: Too much time on my hands, too many titles that had elements that turned me off, job hunting with no success, cyberbullying in one particular fandom, having seen too many shows, and so on. Anime always brought me joy, and I honestly tried to get back into it, but I couldn't muster up the motivation to go back to what I did before. I just couldn't get myself in the frame of mind to watch anything anymore, even the shows I really loved. Then the crapshow that was 2020 happened and one day, I watched an episode of an anime. And another. And another. Slowly but surely, I found myself going back to the old routine that sustained me throughout my school years. I think I finally managed to claw myself out of it. Not completely, but I'm feeling a lot better and more motivated than I was before. To think it actually took a pandemic for me to get back into the medium that brought me so much joy throughout my life. In that regard, I finally managed to watch and finish shows I was interested in watching, with Hakumei and Mikochi being one of them. God, this series is so cute and sweet and deserves way more love than it gets!

But what is Hakumei and Mikochi about, anyway? In an unnamed fantasy land, talking animals and people reaching only a few inches tall co-exist in peace. Two such tiny people, Hakumei and Mikochi, live together in a house built into a tree. Hakumei is a tomboyish, energetic carpenter, while the more feminine, reserved, responsible Mikochi is a tailor and cook who sells her work to nearby establishments. The two are pretty different, but they get along well and spend every day together in harmony. They work, go on sightseeing adventures, take shopping trips, and interact with the various people and animals in their hometown Makinata. Basically, it's a low key fantasy slice-of-life story about two women who live together, and if you're confused as to how old Hakumei and Mikochi are, the series makes it pretty clear that, even though their character designs are deliberately chibi-esque and child-like, they're fully grown adults.

One thing Hakumei and Mikochi really excels at is making use of its setting. Since the main characters, and other tiny humanoids like them, are only a few inches tall, smaller than most animals even, the series takes great pains to show how much bigger the world would seem to their perspective. A mouse would be small to us, but bigger than our two main characters. In fact, the series really has an incredible sense of detail. Both Hakumei and Mikochi are shown doing tasks that most other shows would take for granted, like acquiring food, cooking, sewing clothes, using different types of dye and what conditions create certain colors, sharpening their tools, and so on. Most anime would only show just one or two scenes like this, but for Hakumei and Mikochi, it's part of their daily life, as it would be for other people in real life. They're always doing something meaningful that, even if it may not impact the story, brings a lot of life to both them as characters and the world they live in. Granted, there are other shows that have done this better, but since most anime tend to take a lot of these things for granted, I'm giving Hakumei and Mikochi an A+ for this one.

This extends to the characters as well, namely our main duo. The show also takes great pains to show what these two girls are like, their hobbies, their personalities, and just how they manage to live together in spite of their differences. Hakumei is an energetic tomboy who eats a lot, but she's also a hard worker and takes her jobs very seriously, something one wouldn't expect out of characters that follow that archetype. Mikochi is more feminine and often keeps her in life, but the series treats her as very proactive, and her hobbies and talents are treated with just as much respect as Hakumei's. Both have their strengths, weaknesses, and talents and compliment each other perfectly. It helps that the side characters are pretty good as well, even if I wish more had been done with them. The only character I admittedly don't like is Conju, mainly because she's kind of a stuck-up brat who frequently causes trouble, though even she's fairly mild compared to other, far worse and more mean-spirited characters in other anime I've seen.

The artwork and animation was done by a newer studio called Lerche, who previously animated shows like Astra: Lost In Space, Toilet-Bound Hanako-kun, Monster Musume, and Radiant. While the characters don't display much in terms of movement and motion (Though Hanako-kun is a lot worse about this), the series makes up for it with lush backgrounds and a subdued, low key artstyle that perfectly conveys the sheer beauty of the world around our two leads. I've heard that some people took issue with Lerche's usage of manga-style panels for certain parts, but I personally wasn't bothered by them. I thought that they worked just fine for the scenes they were used for, and weren't overused. The soundtrack is also a joy to listen to, with every piece fitting the feel and atmosphere of the series, from loud, energetic cowboy fiddles to soft, soothing piano music for the quieter parts. Honestly, the only thing I can see people take issue with is that it's deliberately slow paced and lacking in action. This isn't a series for people who want to see blood-pumping fights or guys screaming at each other constantly. Hakumei and Mikochi is a slice-of-life through and through and knows what its supposed to be. That being said, I'm admittedly not a fan of episode 8, because its whole tone and premise felt jarring and out of place for a series like this. It's not a bad episode or anything, but it just seemed to come out of nowhere and really clashed with the rest of the series. But it's just one episode out of twelve, so I think I can let it slide.

In terms of iyashikei series, Hakumei and Mikochi is one of the best the genre has to offer. It's a sweet, charming little time-killer that's perfect for when you want to wrap yourself in a blanket, sit by the fireplace, drink hot chocolate, and relax on a snowy winter day. It's sweet, its wholesome, and definitely worth your time if you're willing to give it a chance.
Collapse