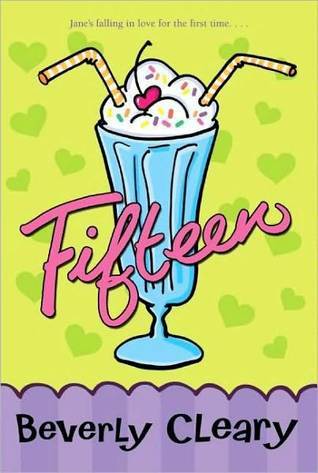 Fifteen by Beverly Cleary
Rating: 4/10
Blech. Out of all the Beverly Cleary books I've read, this one was not one of her best. This was just really dull and lackluster. The main character, Jane, is solely defined by her desire to attract a boy, and it consumes her entire being. I mean, she's so boy obsessed that it's her whole character, and this book pretty much reminds me of why I tend to hate romance novels. There's also a crap ton of unnecessary details and bland subplots that contribute nothing to the overall narrative. Just a bland borefest. It's such a good thing Luckiest Girl was actually good. Or maybe Cleary learned from her mistakes and wrote Luckiest Girl to see if she could do it better. Avoid this one. 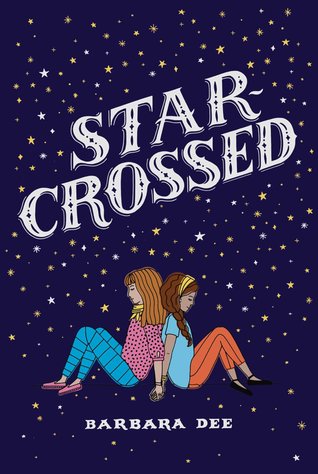 Star-Crossed by Barbara Dee
Rating: 7/10
This was my first exposure to Barbara Dee, and I first heard about this book via an article about Dee writing this book when her daughter came out to her as bisexual. It was apparently making waves for having a bi protag and I thought, "Well, let's see if it's any good." Ehh...I liked it okay, but some parts rang rather false to me, like the idea of middle schoolers performing an entire, unabridged Shakespeare play. I mean, I can understand high schoolers or college students being made to do this, but middle schoolers? I also felt like the book didn't have much substance, and every character who wasn't Mattie just seemed bland and one-note. Then again, I'm not a Shakespeare fan, so maybe this book just isn't for me. I did like its message, and Dee's later novels are a vast improvement over this one, so I'll just consider this one a bump in the road in her writing career.

Aru Shah and the End of Time by Roshani Chokshi
Rating: 6.5/10
Goodness! I really wanted to like this one, I really did! It does have a lot of good things going for it: Wonderful prose, well developed main characters, and the frenetic pacing that makes you feel like you're really on an urgent adventure to save the world! Unfortunately, everything else is completely awful! The side characters are either stupid, bland, or needlessly mean spirited (Looking at you, Boo! He can eat a dick!), the story takes forever to get anywhere at all, the drama is too ridiculously cheesy for its own good, many of the pop culture references just felt forced (Also, I hate Trump too, but was taking a random potshot at him in a kid's book really necessary? It didn't add anything to the narrative!), and I still can't understand how Aru and Mini's powers are supposed to work. It's a shame, because when this book is good, it is REALLY good, but other times it really falls flat on its face. 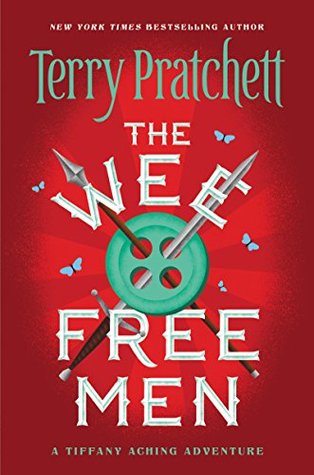 The Wee Free Men by Terry Pratchet
Rating: 4.5/10
Like with Aru Shah, this book had a great start and I liked the main character. I thought this was going to be right up my alley!...and then the Mac Nac Freegle people showed up and completely ruined the entire thing. I've never had a huge set of characters completely and utterly turn me away from a book as much as the Mac Nac Freegle did. They're all really obnoxious and their dialogue is a pain to read or decipher, making the entire book a slog to get through. The plot stopped making any form of sense when they appeared, and their antics completely took over the story! I want to read about Tiffany and witches, not this random race of tiny people who have super long names and an incomprehensible language! Not even the writing could save this book, sadly, and I can't fathom why this is so popular, and among kids, no less. If I can't understand anything going on in this book as a 26-year-old adult, I can't fathom how people expect children, the book's target audience, to be able to do so! 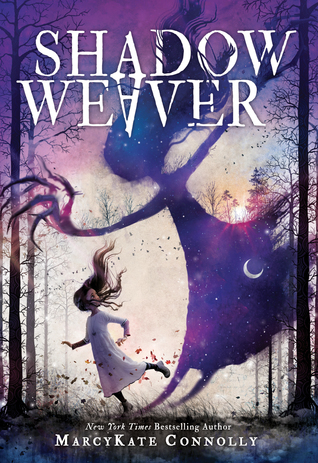 Shadow Weaver by MarcyKate Connolly
Rating: 8/10
Time for something good! I really liked this one. Emmeline has the power to manipulate shadows, though her family hates her for it. When nobles come to her house to cure her of her magic, she runs away, taking refuge with another family, but her shadow imaginary friend has darker plans for her. I liked the haunting atmosphere the book created, and the engaging prose definitely helped. I liked all the characters, even the side characters, and the setting had a lot going for it. But I still felt like the book was missing something. It did get a sequel, so once the coronavirus lockdown is over and libraries open back up, I'll check out the sequel and see how the rest of it turns out.

Circe by Madeline Miller
Rating: 5.5/10
Again, I wanted to like this one, but it's a huge slog of a book. The whole book felt like little more than misery porn that was dedicated to causing Circe as much pain as possible for no reason. A good majority of the book focuses on really mundane things that only serve to make the story feel bloated, which is because Circe is banished to live forever on a tiny island, and 90% of the book takes place in that one location. Also because of this, nothing actually happens. There's basically no plot other than Circe living on her island and doing jack-all! Also, many characters are stereotypically mean or evil with no depth to them whatsoever, making the whole thing seem like a bog standard underdog vs the world plot. Say what you will about Rising of the Shield Hero, at least that made the effort to have stuff actually happen and not be boring as shit! It's a shame, because I liked Circe as a character, and many parts of the prose were good, but it's boring as hell and fails to engage the reader in any way.